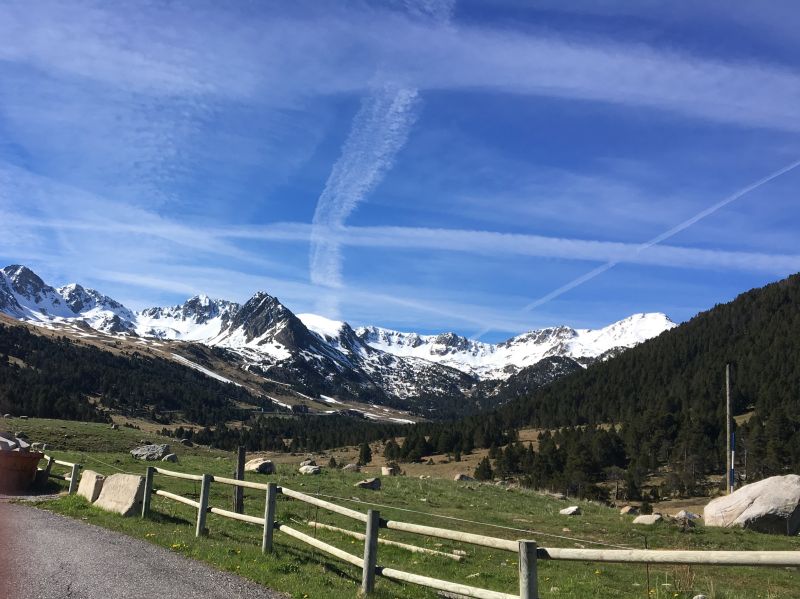 From Cordoba we drove across Spain to the Mediterranean coast. We had been called by different people a campsite, which was well equipped. In addition, there would be a great sandy beach and wonderful bike paths. There we wanted to recover. For the visits of the three Andalusian cities of Granada, Sevilla and Cordoba at over thirty degrees had been exhausting.

But as on the Andalusian coast <! – more -> we had to put up with a few disappointments. The first days were bad weather, which only slowly got better. The campsite was good. But the many old people who came here for 30 or 40 years and cleaned their motorhome every day, were annoying Jörg. In addition, the storm had destroyed large parts of the sandy beach shortly before Easter and instead potted up in some places up to half a meter of gravel.

So after a few leisurely days we started our (long) way home. It was still two nostalgic feelings to satisfy. Jörg finally wanted to visit the small country through which he often drove his finger on the Diercke Atlas at school – Andorra. Barely over the Spanish border we were sobered. The traffic was incredible. The commerce is omnipresent. Andorra is a famous winter sports resort and in summer all conceivable off road activities are offered here. As we got deeper into the mountains, towards France, we liked it better.

And now you want to know the nostalgic feeling number 2?

I sit in front of our camper and write this report at (finally!) Wonderful sunshine, surrounded by rich green and a colorful splendor, with all kinds of scents in the nose (really now!). Where is that?

Camping “Le Paradis” near Saint-Léon-sur-Vézère in the Dordogne. A real paradise on earth! Many years ago we came here with our three children in our small Eriba caravan for more than ten years.