Summer greetings from Canada! We’ll go back to our favorite pastime. This is, as you all now know, “playing” Granny and Grandpa in Canada. In the first picture, the task was to create a creative silhouette. Grandpa must of course again make nonsense. He allegedly holds his hand protectively over Granny, while the two girls show much more creative and try with great seriousness to make special figures. How flexible the two young ladies are, show the next two pictures.

Here you will first see Tori and Hannah as members of the German-Canadian cleaning crew working in the garage. Tori proudly presents the final product, the big pile of dirt on a shiny floor in the garage. There is still a slight resentment in Hanna’s face. She was not at all satisfied with the distribution of the implement. How can you properly clean with a broken broom and a much too large shovel! 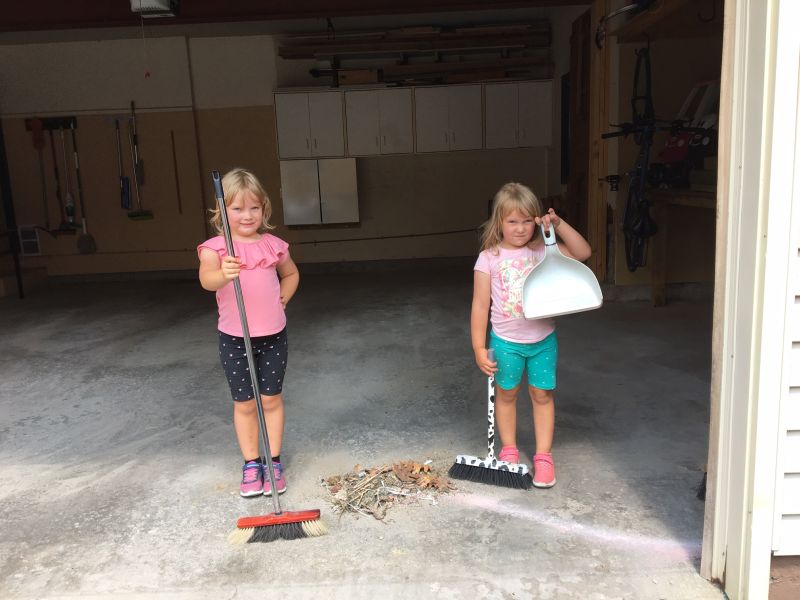 Next, two young debutants show their enthusiastic audience their tango appearance. Shortly after this picture, they begin their first steps and turns in the South American rhythm. (We hereby promise to change from picture to video the next time.) 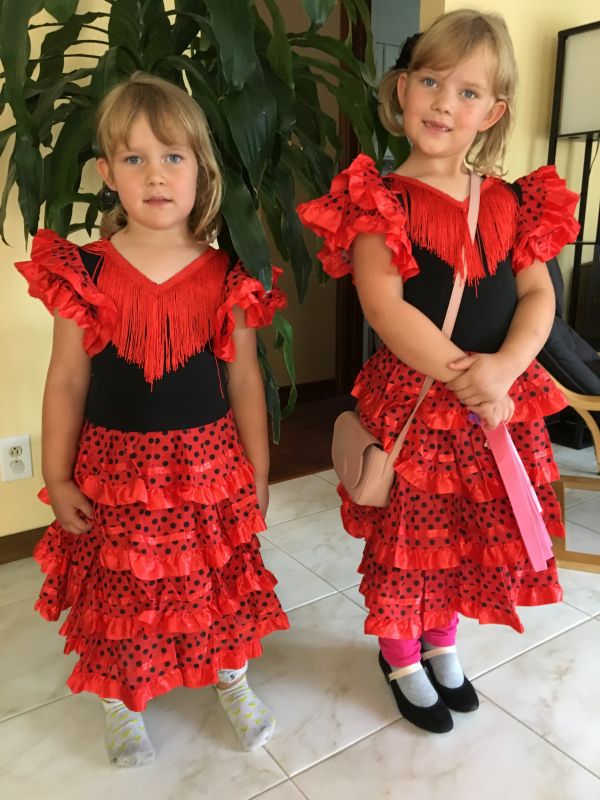 Both girls have grown a lot since our last visit, both physically and mentally. Unbelievable how fast it can be if you have not seen them for a year. As for the character, nothing has changed, at most strengthened. The girls are as opposite as ever. I want to clarify this with two examples.

If you ask the six-year-olds something, she listens attentively, then thinks and answers in most cases only with a charming, slightly embarrassed smile, but says nothing. If she still says something, it is often a question of a question or a demand, to be able to assess the matter more accurately. But if you answer them right away, the words will come slowly and quietly, but clearly and precisely. When I met Marjorie, she was the same. Actually she is still like that. Only the smile is missing sometimes. 😉

The four-year-old does not have to ask anything. It expresses its opinion on everything and everyone, loud and unasked. In other words, she just babbles on, so we have grown her beak. Grandpa’s genetic material is unmistakable, everyone here says. Since Hannah can not yet pronounce all consonants, this is sometimes incomprehensible despite the high volume. Mostly, however, it quickly becomes clear what she wants, because her statements are short and clear. She also has a facial expression and body language that you would not expect a four-year-old. But if all this still is not enough to make themselves understood, or to enforce their own will, their “chief interpreter” is used. This is her big sister, who then translates Hannah’s words into understandable English. So Hannah then only has to bow off what has been said by a gracious bowing of the head or, depending on the mood, postpone a reassuring “YES”.

Incidentally, I would like to vigorously contradict all those who now want to comfort me with a reference to modern communication options with the question: “Should I kiss the screen of the computer at home in a Skype session with the girls?”

Okay, dear people. This was my first state and mood report. I have to continue working in the garden now. * Grin *

Best regards
from Kitchener-Waterloo, Ontario, Canada
by Marjorie and Jörg
aka Granny and Grandpa